From this time, I would like to talk about each energy source. First look at coal. Coal is a flammable rock produced by the plants deposited by the paleozoic coal groups and the plants about 300 million years ago.

Tanjong is classified according to the carbon content and the use is different.

Coal is divided into four types of peats, lignite, bituminous, and anthracite, depending on the degree of carbonized. Statutter bullets are subdivided into reverse bullets with 75-87.5%carbon content and 50-75%sub-bituminous. The proportion of carbon is divided into an anti-anti-acid coal (Semi-Anthracite), which is 87.5 to 92% of the anarthrular carbon content, which is named because of the high proportion of carbon. When anthracite is more carbonized, the traits are changed to graphite. This division of coal type is because of different properties and uses for each species.

Coal is mainly used as fuel. Fuel is also divided into power generation, industrial, and home for each use. For power generation fuel, anti -orthodox bombs and anthracite bullets are used except for coke among the child chong and reverse bullets. Most coal used for heating and cooking at home is mostly gal and anthracite coal. In China and Mongolia, air pollution is severe due to the use of low -grade coal as home fuel.

Fuel reverse bullets are also used to burn cement. The main process of cement manufacturing is to heat the limestone (molecular (CACO3)) in the firing road and separate it into a crinka (CAO) and carbon dioxide (CO2). For steelmaking, the cocosanal and anti -tombs are used as fuel and reduction. In addition, coal is used to manufacture synthetic natural gas (SNG) or as raw materials for coal chemical industries such as carbon black, electrodes, carbon materials and carbon fiber.

Classification and use of coal

We often go to the underground tunnel and think of coal mine, and we think of a tunnel coal mine. However, there are many open -air coal mines that are charged at the construction site as a heavy equipment such as excavators, pair loaders, and dump trucks on the ground. Mongolia’s Tarantolges, the world’s largest coal reserves in Germany, are the most common coalitions in Australia. Exposing light is a form in which the light and the soil layer is stacked in a plane like a shiru -teok. Therefore, it is called a coal field because it is like a coal field. In the open -air coal mine, large equipment beyond imagination is operated. The dump truck in the Tarantolgo coal is carried 250 tons of coal at once. Therefore, the productivity of chattan in open -air coal mine is inevitably higher than the tunnel coal mine.

The largest coal -producing bureau in China also has a lot of demand, and it imports about 300 million tons annually. India is also ranked second in coal imports by importing the second -largest producer or about 200 million tons per year. In Korea, only one million tons of anthracite coal is produced annually, so almost all of the coal demand is inevitable. Korea is the fourth -largest coal importer after Japan, and the imports of 2019 were $ 14.2 billion. It mainly imports Australia, Indonesia and Canadian coal.

Now let’s start the briquette story in earnest. Briquettes were fuel in charge of Koreans’ cooking and heating until the city gas was spread. Briquettes appeared as home fuel immediately after the Korean War. However, the spread of briquettes in the mid -1960s. It is from the ban on the use of firewood (firewood), which was the main firewood of the family. The government banned the harvesting of forests when the Korean War was devastated and harmoniously collected, causing mountains in the country to Mintong, like the mountains of North Korea today. Instead of reconciliation, briquettes were distributed with heating and cooking fuel.

At that time, the government strictly punished those who violated the Forest Act, such as illegal forests, to protect forests and to protect forests. First of all, the Forest Service, which manages forests, was changed from the Ministry of Agriculture, Forestry and Food, from the Ministry of Agriculture, Food and Rural Affairs to the Ministry of Home Affairs (Ministry of Public Administration and Security). It was to grant special judicial police rights to employees of Younglimseo (current local forest office). Those who were called the “mountainous water” were fearful of the patriots during the Japanese colonial rule for local residents. Thanks to the government’s strong measures, the forest recording projects were successful. The density density, which represents the amount of wood per unit area, increased 18 times from 9m3/HA in 1965 to 161m3/ha in 2019.

Introducing anecdotes about forest recording. The aircraft’s route was open only to Japan until Korea was dated with China and Russia. The main route that passed over Yeongil Bay in Pohang was 카지노 the main route. The government decided that the first impression that foreigners would see first is a naked mountain, so the first impression would not be good. However, since the soil was a trees and blood cancer, which had difficulty in the trees, it was an area that had not been successful in the past, but it was not successful. In 1971, he succeeded in recording 4,538 ha of mountainous areas by 1977 by planting high -quality seedlings under the organization of the Central Forestry Test Center. As a single zone, the largest Chisan dimension project was successfully promoted, and Korea’s forest development technology has been greatly developed.

Briquettes have been the main fuel of Korean families for more than 30 years.

In order to smoothly supply briquettes, the company started to develop coal mines. The company expanded the existing anarthrough mines located in Taebaek, Jeongseon, Gyeongbuk, and Jangseong, Jeonnam, and promoted the development of new photons. The Korea Coal Corporation, which is in charge of coal supply and demand, was established, and the government also operated coal mines such as the Jangseong Mining Center. In other words, it spurred coal production through the dualization of private and state -owned.

As a result, domestic anthracite production increased rapidly, reaching 2,115 million tons in 1986. Nevertheless, production was less than demand, and it imported 2 million to 3 million tons of briquettes every year until the mid -1980s. Briquettes were also busy. A large -scale low -coal field was installed next to the railway station such as Chang -dong and Daegu in Daegu to build anthracite coal and briquettes. Now, the briquette factories have been relocated or closed, and the apartment complex is located in a low coal and factory site.

Another task was to transport the produced anthracite to consumer land. At the time, it was not normal to transport 10 million to 20 million tons of coal from all over the country, including the metropolitan area. It also had to be transported in autumn when demand was concentrated. Preparation for wintering in every family was only Kimjang and Briquette, which was a national ambassador. The government hurriedly laid the railway. Railroads were opened for anthracite transportation such as Taebaekseon and Mungyeongseon.

Briquette consumption has been reduced to city gas supply.

The anthracite consumption in the expansion day began to decrease as the city gas was supplied. Natural gas was imported from the second half of 1985. It took some time to be supplied to the home in earnest due to the construction of a pipeline, but after three to four years, the city gas consumption increased significantly. In the meantime, LPG has been used as fuel.

Trend of coal consumption for briquettes

Government subsidies are paid to briquettes

Although the demand for briquettes has decreased, briquettes are still used as fuel for heating some low -income families and rural vinyl houses. The weight of briquettes is about 3.6kg, so if you convert 644,000 tons of anthracite coal consumption for briquettes in 2019, the number of briquettes will be calculated at approximately 170 million units. It is a small quantity. Currently, there are 44 briquette plants nationwide, most of which are located in the region rather than special and metropolitan cities. This will prove that there are so many briquette consumption in rural areas.

The government has paid subsidies to briquettes before as part of low -income and rural support measures. Subsidies are divided into three parts: the purchase of anthracite, the cost of briquette manufacturing, and the briquette transportation costs beared by the briquette factory. Currently, 301.96 won will be supported, including 125.96 won for a phase of anthracite coal, 151.25 won for manufacturing costs, and 25.75 won for transportation costs. The price of briquettes is 639 won per piece, but if there was no subsidies, it would have been 940.96 won. In addition, if you add 111 won for transportation and delivery, including the top and off costs to the consumption, the consumer must pay 1,051.96 won per unit, but thanks to the subsidies, only 750 won will be paid. Transportation and delivery costs vary by region. The 111 won applied to the formula is based on the flat area of ​​Seoul.

The total amount of grants from the government is equivalent to 28.7%of 1,051.96 won, which is paid if there is no subsidy. In other words, the subsidy payment rate for briquettes is 28.7%. If the grant of 301.96 won per unit is multiplied by 170 million briquettes in 2019, the total amount of money supported by the government will be calculated at approximately 51.3 billion won.

Gangwon Land was created as a rehabilitation measure of abandoned mine area.

Since the mid -1980s, briquette demand has decreased, the oversupply of anthracite coal has been continued and inventory began to accumulate. Many coal mines have entered the abandoned mine. The coal mine is a lot of Taebaek and Jeongseon. However, as the abandoned mine was devastated, residents were asked to save the local economy and demanded countermeasures against the government.

The government decided to support economic rehabilitation in the abandoned mine area, and enacted and promulgated a special law on the development of abandoned mine areas as a legal basis in 1995. According to this law, Kangwon Land was established in 1998. Kangwon Land started with a capital of 100 billion won as a market -type public corporation. First of all, four cities and counties in the abandoned mine area, including the Korea Mine Management Corporation, Gangwon -do Development Corporation, Jeongseon, Taebaek, Yeongwol, and Samcheok, under the public sector, invested 51 billion won. The rest was later procured through the competition.

Kangwon Land’s main business is casino and resort. Gangwon Land Casino (Jeongseon Casino), located in Sabuk -eup, Jeongseon -gun, is the only one among 17 casinos in Korea. Although Kangwon Land is helping the local economy, opinions are divided on how much they are achieving the purpose of establishment. This is why the closed caused by casinos is not easy. 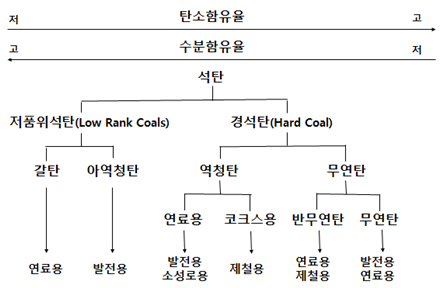 I went to Picasso, a Michelin 2 -star restaurant to decorate the last night of Vegas.

In Hong Kong, there were quite a few changes in the Michelin Star Restaurant every year, so it should be said 모바일바카라 to be valid 12 years ago.

Picasso, a restaurant that allows you to watch the Bellagio Hotel Fountain Show, the most symbolic show of Vegas.